Computer emerged as a powerful tool to work effectively and efficiently. But it was a dream for a common person to buy a computer, because it was highly expensive because few companies were making computers. Due to low competition in the market companies earned handsome profits by selling desktop computers.

At that time working on computer was exciting, because every new thing fascinate human eye and man enjoys using new technology and tools. This machine covers huge space of room and mainly we called it computer room. With the passage of time it become accessible to every nook and corner of the world. Man become a technology user, it works efficiently than man. Because it takes less time to complete the task.

In addition, era of internet completely changed the dynamics of this world. Internet connected the world and connected the humans to share their workings and ideas. One can reach the person to other part of world by using internet. But first it was computer then internet came replaces the old methods of workings.

Comparison of laptop and desktop is still exists which is best to use because desktop still exists in this world and it is not diminished completely. Firstly, desktop covers a space of room and working area but one can use with proper sitting table and chair. Introvert people like to use desktop because the love their isolation and they want to work on table and chair. In offices mostly people prefer to use desktop for their task, because it computer keeps active during their tasks.

Secondly, people who are game enthusiasts use desktop computers because of its high speed performance. its speed and performance make desktop more valuable. High speed motherboards and graphic cards one can put in the laptop to enjoy heavy load games. And laptops are far behind but some laptop are there in the market but they are highly costly common people cannot afford them to enjoy games on laptop. In addition laptop have small screen as compare to desktop .On the other hand, One can make changes easily in hardware of the desktop as compare to laptop

Thirdly, those who are in networking, networking people also prefer desktop computer because it is easy to manage whole network through a server computer. Because high performance gives satisfaction to clients and users. Although, laptop technology is advanced and need of hour but desktop user prefer its own style of working and performance can only come through desktop not from laptop.

The story doesn’t ends here because technology never ends, it changes time to time as like humans update their living standards. Similarly tech is moving fast as faster than humans. Laptop is taking place of computers because it covers very tiny space as compare to desktop computer. Firstly working on laptop is easy and exciting because you can work in as your own style as you like to work on bed, office, or by standing because it is moveable machine with long battery backup

Secondly, the working style of people have switched. The world is connected with internet people always remain in search of best talent. You are thinking now, how they can find the best talent of world? The word is ‘’freelancing”, as I said earlier in the blog people are connected through internet companies hire the people through freelancing sites and bunch of talent is available on internet.

So desktop replacement laptop is very useful for freelancer. Freelancers can easily work on laptop because of its movability. He can take laptop into his room, outside or on rooftop to enjoy his work, and work efficiently and effectively to meet the requirement of client.

Thirdly, laptop is more efficient than desktop computer because it have battery there is no battery in computer. Electricity can disrupt the work but working on laptop there is minimum chance of disruption because of battery. One can take laptop to his office or take back to home it will maintain one’s privacy. It is not easy task to take desktop from one place to another with bunch of wires so there is minimum price in computers.

Covid 19 has sealed the world and laptop is blessing is freelancers because they are working from home, there is no need to office you can work from home as per requirements of client. The client may live in any part of world. But one can do business online vice versa. People have become frequent users of laptop due its advance technology which is continuously improving towards betterment. It’s never too late to replace your desktop with smart laptop. This replacement of laptop with computer would be your best decision of life. Especially, laptop is highly useful machine for students. Students can’t take their desktop computers to university or college but laptop they can carry themselves in their classes for presentations to present their presentations in front of class or teachers. Furthermore, laptop technology is advancing day by day and it is competing with computers which covers huge space and exhaust the heat in the room, which is harmful for humans.

At that time desktop computers were advance but now laptop technology is more advance. Some old people like to work on computers because they are used to of their time best technology. Yes it may work for some time but in the long run because those who are change resistant they always fail or move backward. For instance do you know why Nokia mobile phone failed? And lost its market share because was moving towards android and Nokia stick to its technology ultimately Nokia failed.

To cut a long story to short, a desktop replacement laptop is a highly wise decision. Laptops are portable but the desktop is not. The desktop was old technology but on the other hand, the laptop is advanced technology. Although desktop may have its value, even now it works for some people and companies which are resistant to change. Because shifting is not an easy task everyone because there is lots of data. Change is always but in the long run you will never disappoint with your decision.  So be wise in your decision to change old things with the new one. It will help you to move faster or meet the pace of the world. 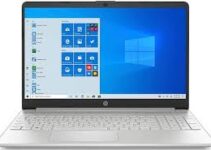 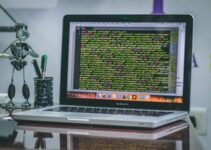 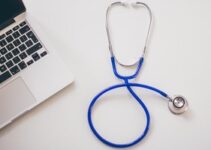 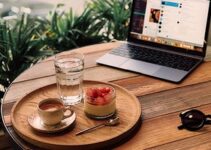 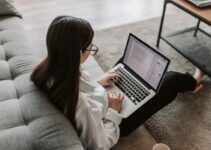